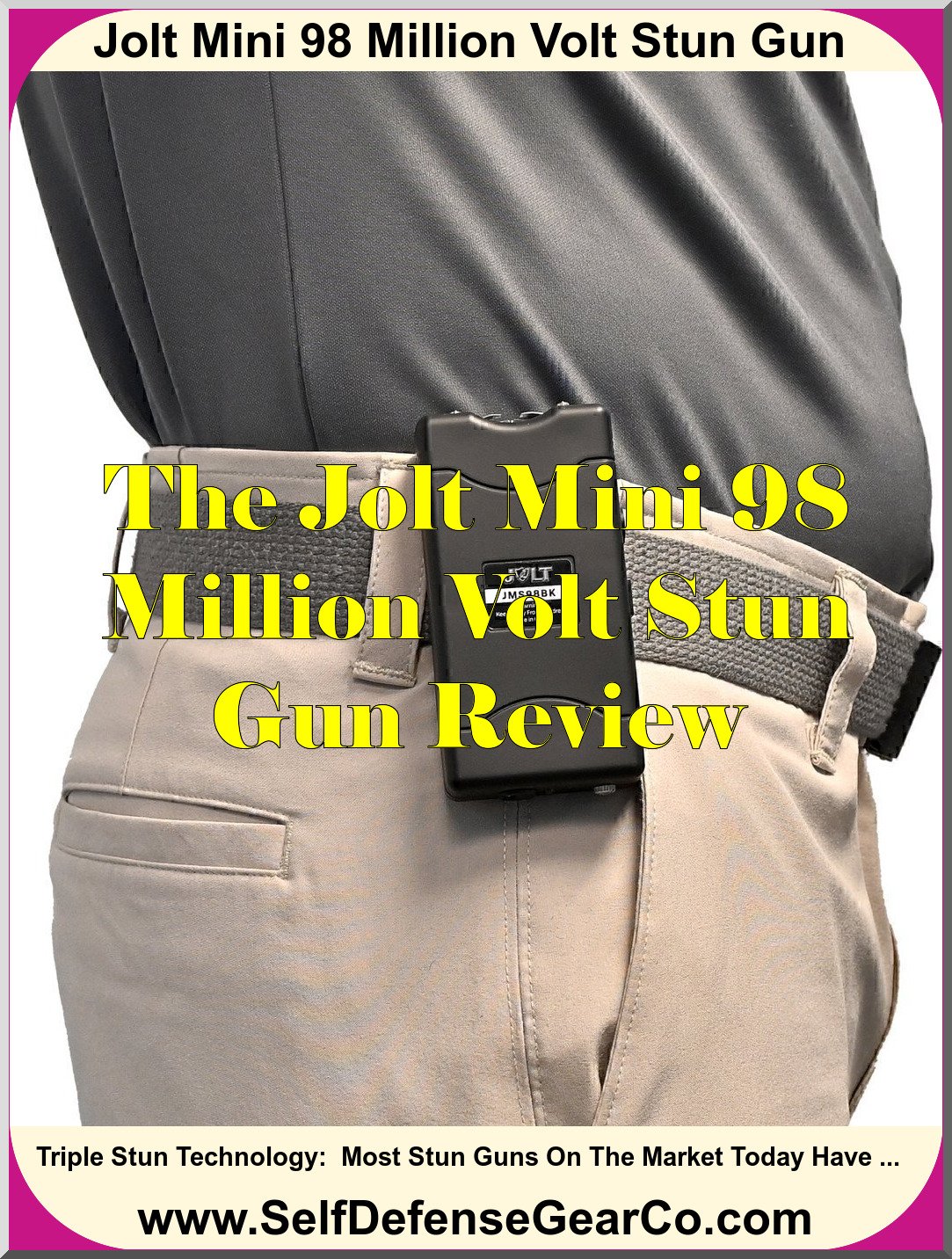 Its triple direct stun technology works by delivering an electrical current that jumps between three areas of contact. This results in a bright and powerful electrical pulse that stops an attacker in their tracks.

This design is unique, compared to many other stun guns that do not have this feature. Additionally, this stun gun has a slide-out plug and a built-in charger, which makes it easy to charge when you need it.

The Jolt Mini Rechargeable Led Stun Gun weighs only one and a half pounds and is small enough to be carried in a pocket, purse, or a backpack

It is a rechargeable stun gun with two safety mechanisms: a wrist strap disable pin and a safety switch. It is very easy to carry and works effectively.

The Jolt High Voltage Mini Stun Gun compact size makes it easy to carry and comes with a belt loop nylon holster. While most stun guns have only one or two points of contact, the Triple Stun Technology allows charging to emanate from three points on the metal probes, creating a louder sound.

This 32-ounce stun gun is one of the lightest self-defense devices.

It also features an emergency LED flashlight. It can be recharged at any standard electrical outlet. A test firing of this stun gun will produce a loud buzz and a small spark. Once the assailant is stunned, they will experience muscle contractions and become disoriented.

It features a non-slip grip that makes it easy to use. It also features a battery that charges in just two hours. A safety pin ensures that the stun gun is not accidentally discharged.

The Jolt Mini Stun Gun also comes with a charger, which makes it convenient to charge

This self-defense tool has a lifetime warranty. It also has a rubberized armor coating and a belt loop. Despite its small size, the Jolt Mini stun gun has a powerful stun.

This rectangular-shaped stun gun has historically been one of the lowest-priced and most common models. People love the ease of use and simple design however it has basically remained the same for 40 years.

We felt it was time for a change so we have made two improvements...

First, we replaced the slide-out charging plug with a USB charging cord that allows the unit to charge in any USB device (including your car) or in a standard outlet using your block charger.

The second improvement is that we replaced the nylon holster with a metal clip. This can be used as a belt clip or to secure it to your purse or backpack.